A month ago, the company received water samples from a chemical plant in Changchun. The staff of the company's inspection department tested it and found that the effect was best when 28% polyaluminum chloride was used. When the PH value of the sewage was adjusted to about 8, the sewage of the factory could be treated with a single agent.

The chemical plant specializes in the enterprises of carbon nine, carbon ten, cracking, aromatics and other deep processed products. These products have great changes in water quality, low B/C ratio, poor biodegradability, high chromaticity, and more PH value than strong acid or strong alkaline. Before the waste water of the chemical plant is not treated, there is a layer of black silt around the outlet of the pipe, covered with oil patterns, and the water in the whole drain is cloudy and has a lot of foam on the surface, showing a dark yellow. There is a smell of gas in the sewage. After customer feedback, the use of dilo 28% polyaluminium chloride to purify filtered sewage showed that the whole water quality was clear and did not smell as before.

28% the advantages of poly aluminum chloride are as follows:

2. In general, the coagulation and turbidity removal efficiency of the traditional coagulant is obviously reduced and the effluent quality is deteriorated when the low temperature water is 5, and the effect of coagulating and removing turbidity can be obtained by using poly aluminum, either at low temperature or at normal temperature.

In addition, 28% aluminum chloride can obviously improve the efficiency of solid-liquid separation, improve the performance of sedimentation filtration and sludge dewatering, thus shortening the retention time of the sedimentation tank and increasing the water production. In addition, due to the large and dense particles produced by flocculation, it is easy for filtration and sludge dewatering. 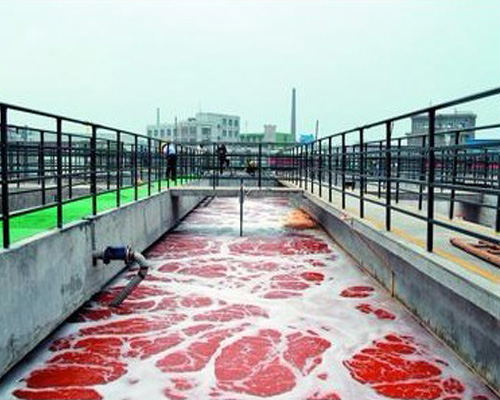 Please feel free to give your inquiry in the form below. We will reply you in 24 hours.
more products
Case
Products